As the septuagenarian’s five-decade journey with art is honoured, the gallerist relives landmark moments and the shows coming up

How do you display 50 years of history? It was a question Pheroza Godrej, renowned gallerist, art historian, and collector, took seriously as the golden jubilee of her brainchild, Cymroza Art Gallery, approached. Five years before D-day (October 20, 2021), she set the ball rolling. “We have a large collection; it’s not streamlined, it’s not coherent, and it covers all the mediums, from oils and works on paper to sculpture, ceramics, photography, lithography, and more. So, to get a grip on it all, we needed discipline — because the paintings and other artworks needed to be looked at, restored, reframed, remounted, as the case may have been,” she explains.

From her initial plan of nine exhibitions, she distilled it to three. Pheroza got on board her two main curators: Ranjit Hoskote and Nancy Adajania. She also reaped the benefit of the goodwill she has with gallerists across the country. “Dadiba Pundole said ‘I’ll give you Pundole for two weeks’, and Ranjit loved the idea. Then, Chatterjee & Lal said they wanted to do Nelly Sethna’s tapestries exclusively. And the gallery lends itself to it,” she says. The next question was: what would Cymroza do? “They said it should be archival, and I loved the idea.”

The challenges were plenty. Some of the works were too fragile. So, instead of sending the artworks to the restorers, she made the restorers move around. “I emptied out my own office in Godrej Bhavan [in Fort] so they could work!” she laughs. “Ranjit wanted a painting by Akbar Padamsee to be moved from where it’s now displayed and into Pundole’s. I didn’t have the heart to say no because it is a seminal work and it should be seen. But I’ve decided [after this] it will not go anywhere else.”

Now, the Cymroza@50 celebrations are underway, and the trio of exhibitions complement each other. The Cymroza Chronicles displays rare works and archival material that sheds light on the gallery’s formative years and Pheroza’s journey with art. At Pundole’s, Hoskote’s survey exhibition, Mapping the Lost Spectrum, incorporates highlights from Jamshyd Godrej and Pheroza’s collection, and showcases artworks of diverse genres by names such as SH Raza, KG Subramanyan, Badri Narayan, Manjit Bawa and others. And, finally, at Chatterjee & Lal, Adajania’s research-based curation The Unpaved, Crusty, Earthy Road, is the first retrospective of tapestry artist Nelly Sethna, an artist championed by Pheroza. Passion and the belief

These are the two words — “and I don’t use them lightly” — that have driven Pheroza since the day she started Cymroza at the age of 23. A young painter, wanting to create a space where other young artists could exhibit their work, she plodded determinedly through prejudice and innumerable pitfalls to create a legacy. “There were so many landmarks, like my first show, which had artists such as Kattingeri Krishna Hebbar, Pilloo Pochkhanawala, Adi Davierwala and Jehangir Sabavala. Or when Manjit Bawa, who had only exhibited at Delhi’s Dhoomimal Gallery, came to visit me. He was like a child with wonderment when he said, ‘I am 40 years old and I’ve never shown in Mumbai.’” 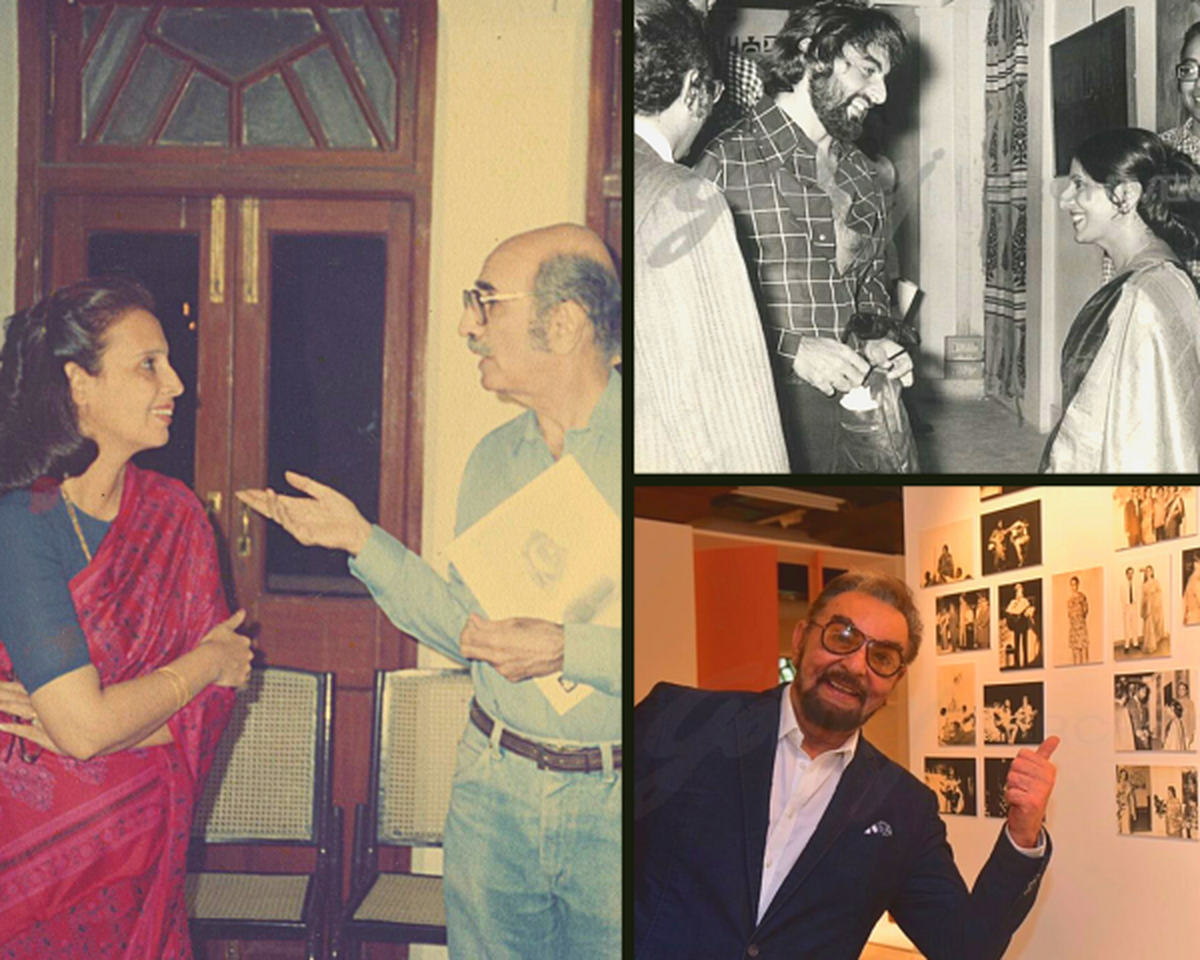 Pheroza Godrej with Jehangir Sabavala (left); and a then and now with Kabir Bedi — a snapshot from the 70s and the actor at Cymroza’s 50th anniversary celebrations

India’s art scene now: “You have to take cognisance of this new collector. They are very intelligent because they are focussed on a school of painting or a particular artist or a group of artists like the Progressives, and use art advisors.” NFTs and push to digital: “I don’t know how or if NFTs will last. It’s too soon to say. It’s not time tested, it’s a trend at the moment. As a serious collector, are you going to follow a trend or what you want, what you can live with?”

What next? “After the physicality of this exhibition ends, I want to bring out a digital catalogue.”