Ahead of Expo 2020 Dubai, the composer-filmmaker talks to us about mentoring the Firdaus Women’s Orchestra, bringing harmony through collaboration, and more

A.R. Rahman doesn’t stop working. Among a slew of upcoming projects such as Cobra, Atrangi Re, Ayalaan, Heropanti 2 and Ponniyin Selvan, the composer has also collaborated with Expo 2020 Dubai to conceptualise a state-of-the-art music recording studio in the UAE, and pioneer an all-women ensemble of musicians: The Firdaus Women’s Orchestra.

The ambitious initiative brings together 50 talented women musicians from across the UAE and wider MENA region to create a unique musical project, mentored by Rahman. The Oscar winner, whose recent releases include 99 Songs and Mimi, will also be part of concerts with the orchestra at Expo 2020 Dubai, during which his compositions will be featured on stage as well.

Described as a fusion of styles and genres, the ensemble comprises women of 23 nationalities, between the ages of 16 and 51, with Yasmina Sabbah as its conductor. Their music will draw on inspiration from the UAE region’s ancient traditions, which have used instruments such as the oud, rebaba and darbuka.

From the recent preview of the orchestra Rahman shared on social media, it’s evident that his intrigue for Arabic music (audiences have witnessed it in several of his compositions, most notably Humma Humma) still persists. The composer has been more active than ever during the pandemic — his suggestions on balancing WFH and paying attention to mental health are testament to that — and his quest to push boundaries remains as fascinating as ever.

Ahead of the Expo on October 1, Rahman talks to us from Dubai about setting up this progressive musical project, bringing harmony through collaboration, and balancing the experimental with the mainstream.

Excerpts from an interview:

You have always stated that you gain more when you mentor someone; is that your motive being part of this initiative?

For me, teaching has always been about learning; when you give, you get.

The world is in a very divisive place at the moment, and people are always going to fear what they don’t understand. So when this idea came up, it was a great opportunity to get all these women from different nationalities to work together and create something beautiful. The people watching them will also be from various parts of the world. From Syria and Lebanon to Oman and Armenia, this idea will hopefully be a culmination point for people to play music together, foster bonds and create understanding.

What is different about collaborating with musicians from different cultures, and in a country outside India?

It’s been three months so far of rehearsals and arranging everything, and we are also building a studio. I feel in Dubai, everything revolves around progress. It’s a place where I see bikinis and burqas together in hotels. Everything is so open and free, and nobody is controlling anyone. The ideology and blueprint here is beautiful; it’s a place that embraces everything and everyone, and lets them shine.

The orchestra, of course, is very respectable, and it’s all about the talent and expression. There’s quality and commitment to their vision, and coming from India, I feel honoured that I’ve been asked to mentor this initiative. Our first concert is on October 23rd, and Firdaus will perform more in the future too.

The word ‘Firdaus’ means something akin to a ‘garden of paradise’. Why did you choose to name the orchestra as such?

In the philosophical context, music has different connotations in different cultures. In some, they refer to it as the unspoken language of God. In others, they say music takes you to a different realm.

So I wanted to remind everyone that there is a sense of everything coming to us from the creator. It’s also an ode to our mothers in a way; for the sons, it is claimed that paradise is found under the feet of their mothers.

Finally, it is also meant to bring about a special — not religious — connection, as all these women are from different faiths. They could be Christian, Muslim or Hindu, but it is humanity that connects the soul. The term Firdaus seemed very complementary to that ideology.

You have always batted to empower women, be it refusing to include derogatory/ sexist lyrics in your songs, or sticking up for your daughter’s viral post last year on her choice of clothing. Is setting up an all-women’s ensemble an extension of that ideology of yours?

I have to say, kudos to Khatija! Now, we are all wearing burqas in a way with our masks, aren’t we? There is so much freedom; I can walk anywhere and nobody recognises me. Guess she proved a point to everyone after all. (laughs) 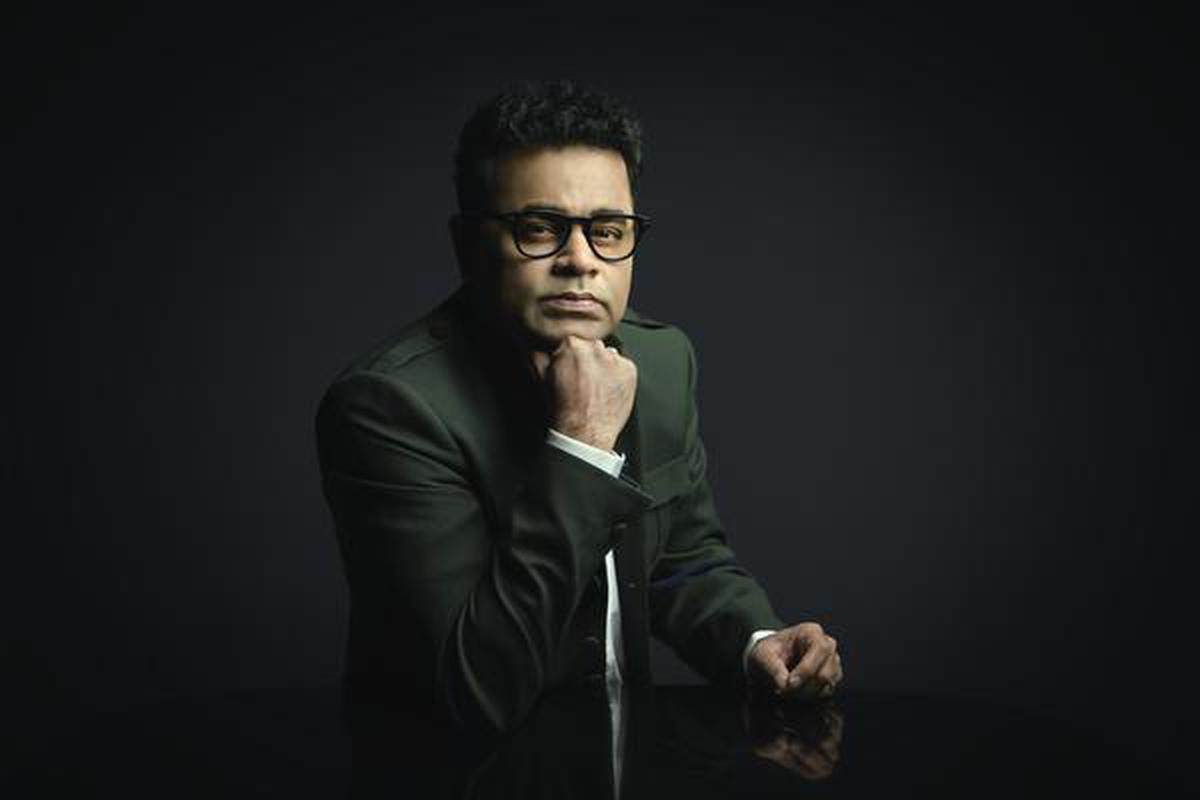 ‘Women don’t need us; they empower themselves’

As for your question, well, who are men to empower women, first of all? Women don’t need us; they empower themselves. They are world leaders and heads of states today. In fact, it was Excellency Reem Al Hashimi’s idea to create this orchestra, and I immediately agreed as I found the idea of exchanging experiences fascinating.

You know, power lets people make a decision without considering the other person. That’s why the world is going through so many disasters. But I feel now, we are at a point, where finally, people have to listen to the other counterpart.

Do you feel a sense of responsibility, as a senior figure from the creative community in India, to foster bonds with other countries through your art?

Honestly, it happened very naturally. As an individual, I’m never threatened by anything at all. I am always following my heart, and my path is set. (smiles)

At this stage in your career, do you resonate more with independent projects, as compared to film music that you have done for decades?

Not at all! I still absolutely love doing film music. It’s such a great honour for me that I am still able to compose for movies and people still like it. In many places, composers are bracketed or defined specifically by the work they do. But I’m very lucky to be in India, where nobody has ever judged me or categorised my music. There is just pure respect all round. I’ve always used orchestral pieces in my films too, right from the time I did Roja. I’m glad I get to keep exploring my work — be it classical or Carnatic — and that’s a blessing for me. It’s the biggest gift India has ever given me.