Imagine finding yourself stuck in a 1940s musical. Song, drama and endless twirls take over as you flit through a colourful, yet dramatic and often emotional narrative. This is the unusual predicament that the protagonists of a new Apple TV+ series are met with. Schmigadoon!, the platform’s latest offering, is a six-episode musical series that parodies iconic Golden Age musicals, helmed by comedian and actor Keegan-Michael Key and SNL favourite Cecily Strong. They play a couple who, while on a hike to reinvigorate their relationship, get lost in the magical town of Schmigadoon that is stuck in a 1940s musical. There is no escape until they find ‘true love’.

The recently-released trailer, characterised by the protagonists’ unmissable comic timing, screams all things happy, with generous servings of music and movement. Apart from Cecily and Keegan, the series also boasts of a cast with a sizable experience in Broadway and musical theatre in specific. Among these names are Dove Cameron and Aaron Tveit, who talk to MetroPlus ahead of the show’s premiere on July 16.

A still of the ensemble cast from the series

Dove plays the character of the farmer’s daughter, Betsy, a classic musical theatre trope of an idealised, young, “eligible” woman. “My character’s whole purpose is to throw Keegan’s character off of his relationship and make him think that there is something else out there for him,” says Dove over a video call. Aaron, on the other hand, plays the character of Danny, the town outsider aka “bad boy” who has a similar purpose. He adds, “He is not really accepted into the town and tries to catch Melissa’s (Cecily’s character) eye and sort of lead her away from her relationship with Keegan as well. Dove’s and my characters are similar in those aspects.”

For Aaron, musical theatre is not unfamiliar turf. Along with many other stage appearances, he played the role of Christian in the Broadway hit Moulin Rouge! for which he won nominations at the Tony Award and the Grammys. Dove, meanwhile, had been a household name ever since she played the dual roles in Disney Channel’s Liv and Maddie. 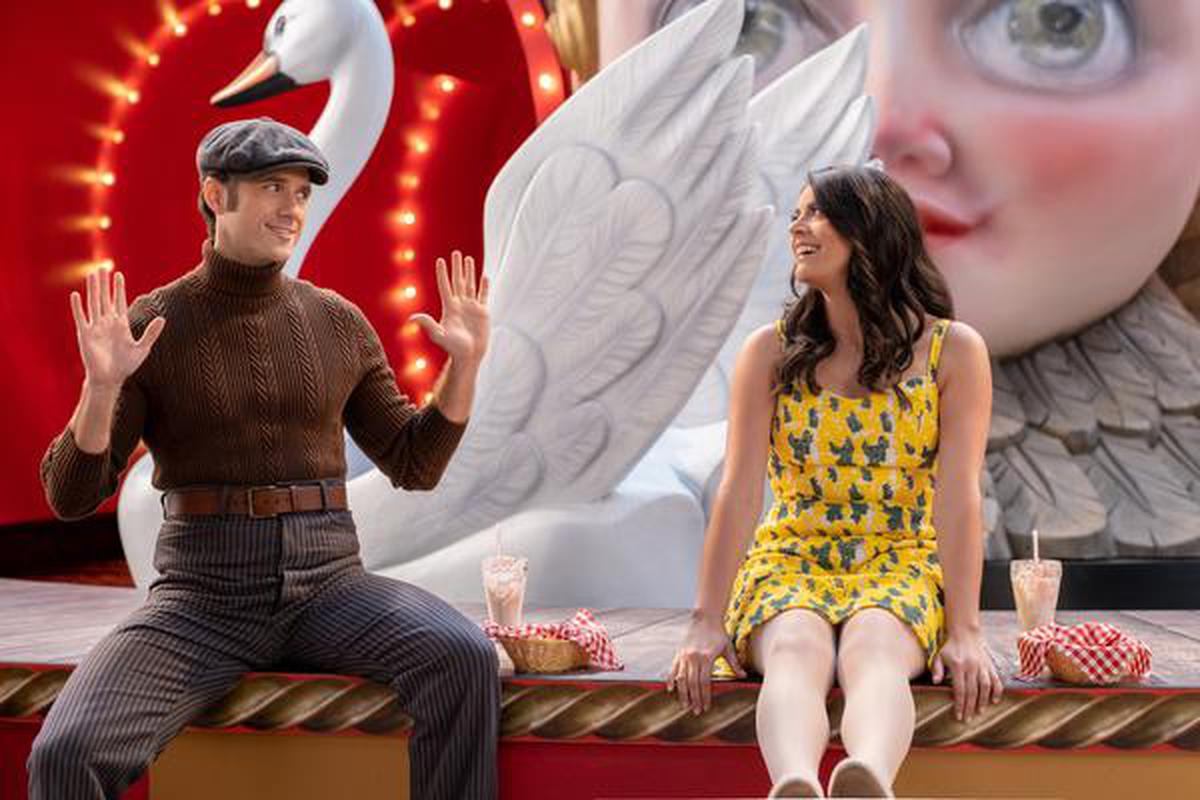 “Usually there is a big difference between doing musicals on stage and a dramatic television show or film. But this project kind of combines all of that. We get to do the best of musical theatre while working with the people who do the best of television and film. So, it’s kind of a dream project,” says Aaron. Dove quips in, “Everybody was a cross-genre performer, really. The casting in this show was so essential.”

A lot of what we see on the show is live performances by the cast. Dove continues, “The live performance aspect really helped me and made me feel like what I was doing was an integrated thing. Sometimes, filming musicals can feel a bit jarring. But this was easy and smooth.”

Cecily and Keegan’s comedic genius is no news, but what was Dove and Aaron’s experience like, working with the duo? Dove says that Cecily was running the ship. As the executive producer and one of the lead characters of the show, her love for Schmigadoon was overwhelming, says Aaron. He adds, “We also got to do a duet and dance together and it was so much fun.” Dove worked mostly with Keegan and recalls, “We were like brothers off set, constantly cracking up and being silly,” she concludes.