In an exclusive interview, Academy Award-winning composer Hans Zimmer talks about paying homage to Daniel Craig through the nostlagic music of ‘No Time To Die’, and creating a provocative soundscape with Timothée Chalamet-starrer ‘Dune’

“I never thought I would ever get to score for a Bond movie,” laughs Hans Zimmer over a video call from his London home. “Having done the three Batman movies — which are three movies to you but are 12 years of my life to me — I really understand where Daniel [Craig] was with this; he dedicated 16 years of his life to Bond,” Zimmer empathises, “Of course, the big difference is I don’t get hurt or injured when I do a Bond film (laughs). I wanted to not only do a good score but dig a little deeper and honour the man, the work and all the people who’ve been working on this for so long.”

The American-German composer reminisces on what has been a remarkable year for cinema and himself, with Dune and No Time to Die releasing within two months of each other.

At the drop of a hat, any of us can start humming a score created by the American-German composer who has been nominated for 11 Academy Awards. Zimmer established himself as a household name with early credits such as Rain Man, Pearl Harbour, Gladiator and The Lion King (for which he won an Academy Award) before moving on to more musically avante-garde projects such as Blade Runner 2049, Dunkirk, The Da Vinci Code, Inception, Interstellar and Christopher Nolan’s Batman Begins, The Dark Knight and The Dark Knight Rises.

The latter set of projects saw him going from a household name into one of the most experimental composers ever, with audiences watching him build his musical world from the ground up for every film.

Since the 1980s, Zimmer has worked on more than 150 films, but he always looks at each collaboration like it is the first – Dune and No Time To Die are no different. Zimmer, who has helped close the book on Daniel Craig’s tenure as James Bond with No Time To Die while opening audiences to the renewed world of Dune, explains, “I suppose what the scores have in common is, there’s a team of people working very much together: Steve Mazzaro (score producer for No Time to Die), Johnny Marr (for No Time to Die), Dave Fleming (additional music composer for Dune), Chas Smith (instrument creator) and Lisa Gerrard (vocalist for Dune).”

Zimmer seems to gravitate towards people who are talented, brave and reckless in their work and will lead collaborators into new directions. He has joked in the past that he always know he is on the right path when he hears someone tell him, ‘this may be the worst idea you’ve ever heard!’

For the music of No Time To Die, Marr and Zimmer worked closely together to honour guitarist Vic Flick who not only played for John Barry’s ‘James Bond Theme’ on the first film of the franchise Dr No (1963), but also proceeded to contribute to the Bond soundtracks until the 80s. He fondly recalls a phone call with Marr after they both joined No Time To Die; the two were discussing the need for a guitar in the score and Marr simply said Bond alone was reason enough — and Zimmer was convinced.

Also Read | ‘No Time To Die’ movie review: A long, loving goodbye to one of the greatest Bonds

No Time To Die’s score also cleverly uses motifs from On Her Majesty’s Secret Service (1969) and other past Bond movies, too, to invoke subtle nostalgia. This was a mindful decision, given Craig’s exit as Bond. Zimmer who is no stranger to live concerts (his own global concert tours have drawn more than a million fans) performed the film’s broody title track for the 2020 Brit Awards, with singer Billie Eilish and Marr. 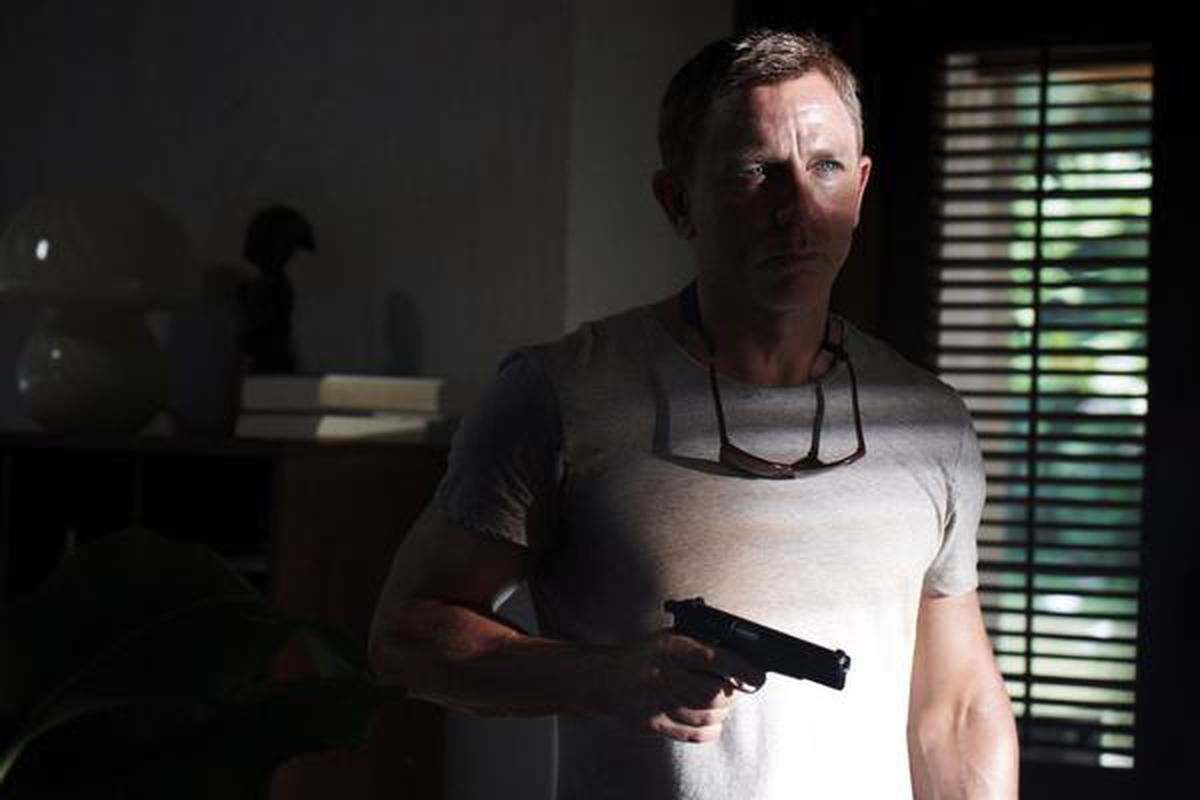 Despite being in the industry for more than two decades, Zimmer still hesitates when it comes to working with close friends. But he made an exception for No Time To Die, he says. “[Producer] Barbara Broccoli and I have been friends for many years; it’s always a dangerous thing to start working with friends because that friendship is important to me and what if I go and make a mess of it. But I checked with her after the premiere and we’re still friends (laughs).”

The 2021 film Dune is more accurate to Frank Herbert’s book than the 1984 film directed by David Lynch. Starring Timothée Chalamet as Paul Atreides and Zendaya as Chani, audiences follow Paul’s journey to the most dangerous planet in the universe, Arrakis, having discovered he has unusual gifts born unto him by his mother Lady Jessica (Rebecca Ferguson). He is also haunted by prophetic visions of Chani, who may be either a danger or a partner in his future. Dune paved the way for the reunion of Denis Villeneuve, Hans Zimmer and sound designer-composer Theo Green who worked together on Blade Runner 2049, along with co-composer Benjamin Wallfisch; in fact, Villeneuve pitched to Zimmer while they were still working on the 2017 sci-fi film.

For Zimmer, coming on board was a no-brainer, given Dune was one of his favourite books. The original film in 1984 was scored by American rock band TOTO, but Zimmer never watched the older film or the 2000 miniseries Frank Herbert’s Dune, wanting to retain the purity of the book he read as a teenager 40-odd years ago. Zimmer says the book served him well in life and got him through some hard moments, particularly the line ‘fear is the mind killer’ in the context of his own real life of the early years of stage fright or playing and scoring for someone.

Given the impactful nature of the book, both Villeneuve and Zimmer pondered on whether it was a good idea to even make the film. After all, Dune inspired the stories of Star Wars and Star Trek, so the pressure was on. But that same passion for the story of Paul Atreides had them power on.

So, the challenge lay in breathing new life into something Villeneuve and Zimmer knew inside-out to create an provocative and unfamiliar soundscape that was not of this time or world — but was still accessible to audiences across generations. Despite the futuristic world of Dune, Zimmer’s score is more feral, noted through the more explosive and climactic scenes, while being meditative during the contemplative ones.

Composing a score of this scale during a pandemic could not have been easy but Zimmer rose to the challenge, working with teams in Australia, Vienna, the United States and London. “Rather than even thinking — which I hadn’t anyway — to write a conventional score with an orchestra, one of the things I always think about with movies that take place in the galaxy far from here, is we should never hear a conventional orchestra at all,” states Zimmer. “The idea of social distancing got on my nerves so I wanted to bring people together from different continents to make the music in Dune equally universal.”

The was an intense phase of pre-production for scoring in creating sounds, creating instruments and getting musicians to play instruments in different ways; for example, bagpipes. “There’s a shot in the film where you see a man with bagpipes (laughs) and I asked, ‘Denis, what’s this?’ So it was incredibly liberating for me to find 30 amazing bagpipers in Edinburgh.”

Of voices and metals

Unlike the 1984 film, the 2021 film features a core aspect of the book: the domino effect caused by Lady Jessica’s actions. So he leveraged women’s vocals to create intense choruses that leave as much impact as the visuals.

“The one thing that should remain is the human voice,” says Zimmer, “We’d been working on this for a long time, since BladeRunner 2049; we wanted to skew the movie a little bit towards the power of the women in it. Paul Atreides might be the lead character, but Denis and I felt there was spirituality and strength that we wanted to manifest from the women. And when you come to Bond, you find a movie with a strong male lead character surrounded by incredible women who have a lot to say and are as much of the story as is Bond.” 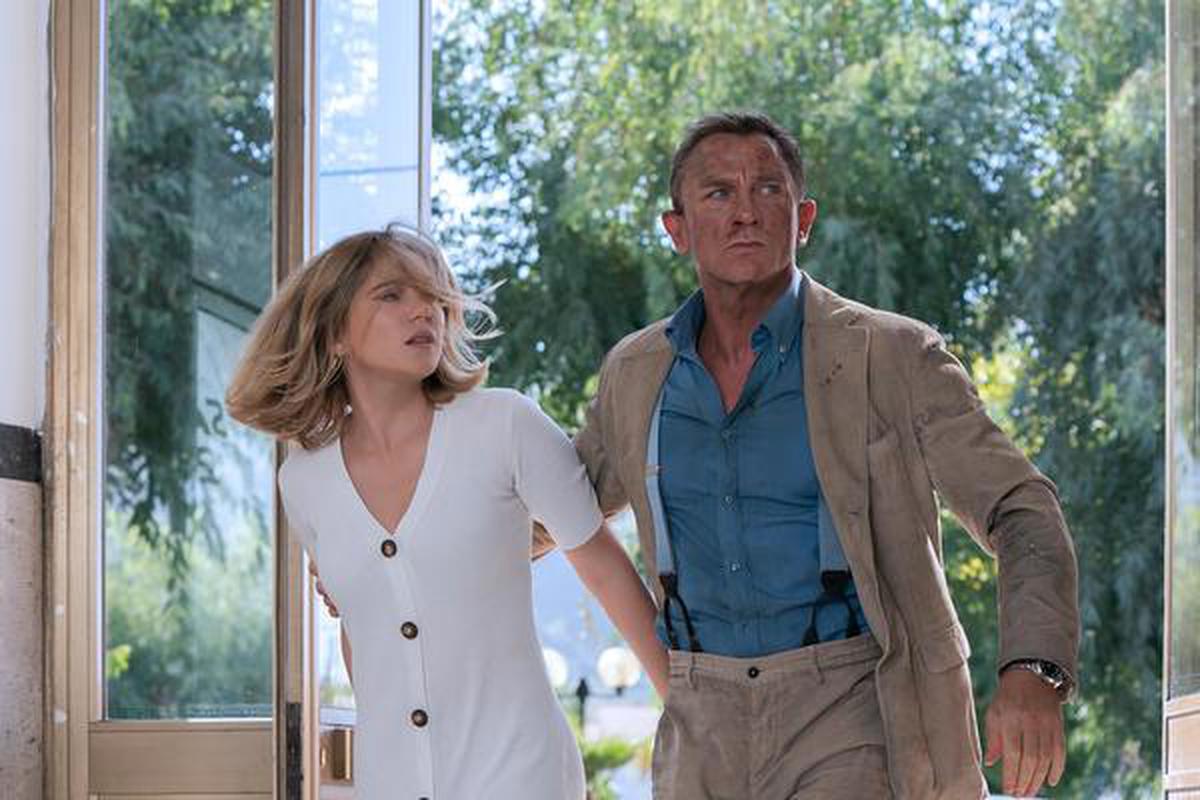 Zimmer, in particular, praises rhythm vocalist Loire Cotler whose haunting voice can be heard in the trailer and in ‘Paul’s Dream’. He says, “She has more courage than anybody I know; to let go and let rip like that — and I’m sure she will hate me for saying this — but she sent me a photo of herself in her closet with her coats hanging down on her head as she sits on the floor with a microphone in front of her.”

The majority of Dune sees Paul and Lady Jessica in the deserts of Planet Arrakis (on-set filming was done in Liwa Oasis, United Arab Emirates), so naturally, the sounds of the deserts made their way into the score and sound design. “Very often I would say to Lisa [Gerrard, vocalist], ‘just breathe, make the sound of the wind going through the dunes’ so a lot of sound design in the music is extraordinarily human. (laughs) Find every way to torture your best friends till they make the right sounds!” 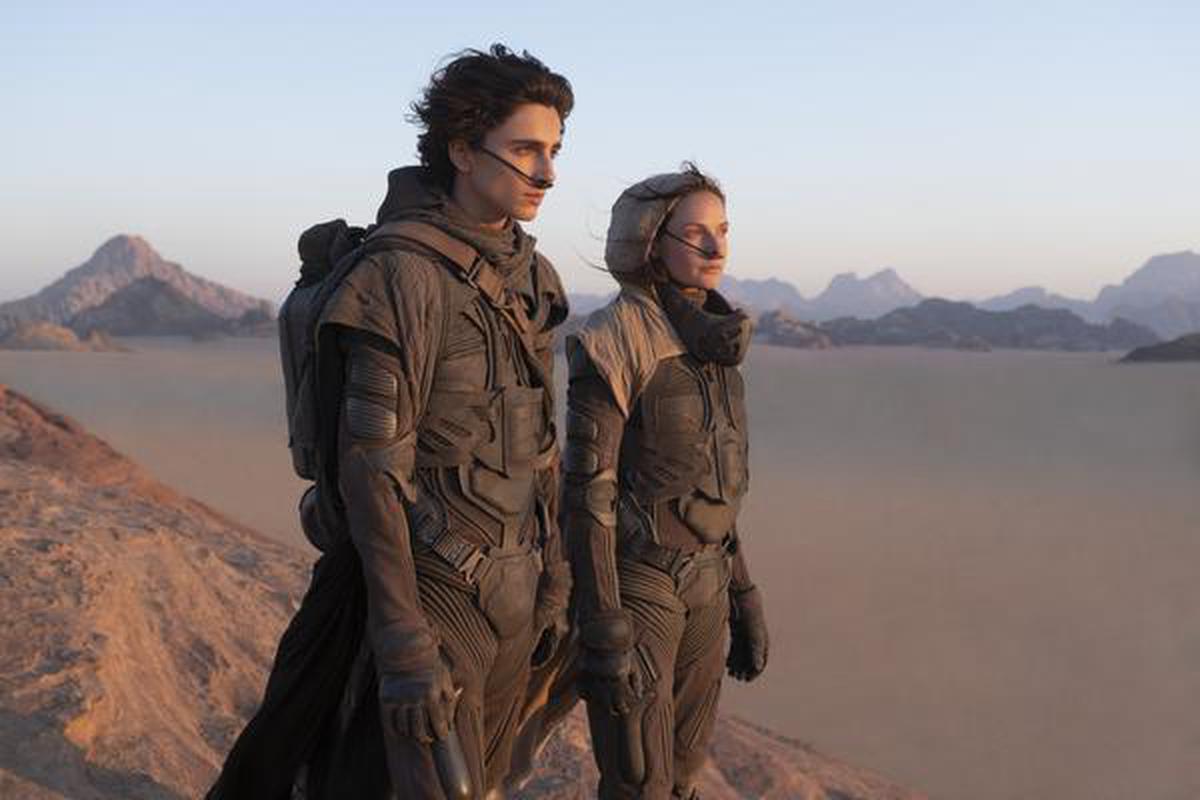 In creating instruments, Zimmer turned to Chas Smith, a sculptor, musician and weldor in Encino, northern California; their friendship goes back a few years when Zimmer had approached him for Man Of Steel. “His whole house is an instrument, a resonating body; and he makes these instruments out of discarded metal from Boeing that were used to make experimental aircraft and spacecraft.” A supporter of circular design and environmental awareness, Zimmer admires Smith for his consciousness. These novel instruments created by Smith were interacted with in different ways to create music for Dune. This was melded with plenty of software-created electronic music in order to “embrace different colours and a new language, which is how Denis works and how his imagination runs.”

The scale of the project was so big that along with the film’s official score, two more albums — The Dune Sketchbook (Music from the Soundtrack) (which is available to stream) and The Art And Soul Of Dune (to be released later this month) — have been composed and curated by Zimmer.

When asked about how 2021 has treated Zimmer so far, the often-jovial composer pauses and seems to get wistful, before responding, “It has been a very special year for me, both of these films were incredibly personal. I’ve been trying to think for the last few weeks about how my life has been; somehow I’m not quite finding an answer. I’ve been able to work with extraordinary people on extraordinary projects. Both Dune and No Time To Die are vastly meaningful to me because Dune is one of my favourite books and, in one way or another, we have all lived our life with Bond.”