From virtual shows and honing skills to new avenues, musicians have kept themselves motivated to navigate the pandemic

Ever since live gigs resumed in cafes and pubs of Hyderabad in July, Telugu bands have begun to reconnect with music lovers again. Hit hard by the pandemic, live performers kept themselves motivated with virtual shows, exploring new avenues and honing skills. The lockdowns opened new avenues for these bands thanks to a surge in audience interest. Musicians from the bands talk of how they created opportunities amid an uncertain future fuelled by fears of a third wave.

Nothing beats the magic of a live performance, accepts lead vocalist Ganesh Kroviddi of three-year-old band Merakee ahead of a weekend gig at Posh Nosh, a lounge bar in Hyderabad. With Rithvik Premdass (bass guitarist), Vishal Sagar (drummer), Elia Kondamudi (keyboard player) and Manohar Suzith (lead guitarist), the band that is known to recreate old Telugu melodies, now has a playlist of Telugu covers that include the crowd’s favourite ‘Naluguriki nacchinadhi’ from Takkari Donga.

Ganesh observes that post lockdown, there is more personal interaction between musicians and the audience. “Being shy, I would not interact with anyone during a show. When I tested positive for COVID-19 and had to be isolated, however, I craved human connection. Now, I look forward to live gigs. I even have friends among clients and know their table preferences.” Ganesh began to learn and teach classical music online during the lockdown. “I used the time to reflect on my life’s goals and music,” he says, adding he was able to pursue his goal of working on a film as an assistant director in a yet-to-be released web series, Fear.

Deccan Project’s Nikhil Vanam (guitars), Vivek Nethi (drums), Srikanth (vocals/keyboards), Kanakaraj (bass guitar) Sai Madhav (vocals), Rahul Nagula (vocals and keyboards, Nithin Kotha (vocals), and Tarun Krishna (mix engineer) are IT professionals turned musicians. Formed three years ago, the band is known for its ‘explosive music’. “There was a lot of demand for Telugu film music, so we quit our jobs to make a career in music, but then the pandemic happened and our lives changed,” shares drummer Vivek.

Anxious about having to survive on savings and help from friends and relatives, “We wondered if we had done the right thing by quitting jobs,” says Vivek. Most of them testing positive in the second wave also fuelled doubts and fear. However, once they began to explore avenues, and the ‘free time’ became an opportunity to reset lives and hone skill sets.

Deccan Project has been performing in Hyderabad, Visakhapatnam, Chennai, Bengaluru, Jaipur and Goa, after the lockdown was lifted, and now has two singles ready to release. “Musicians who have reinvented themselves in the pandemic will survive,” says Vivek. 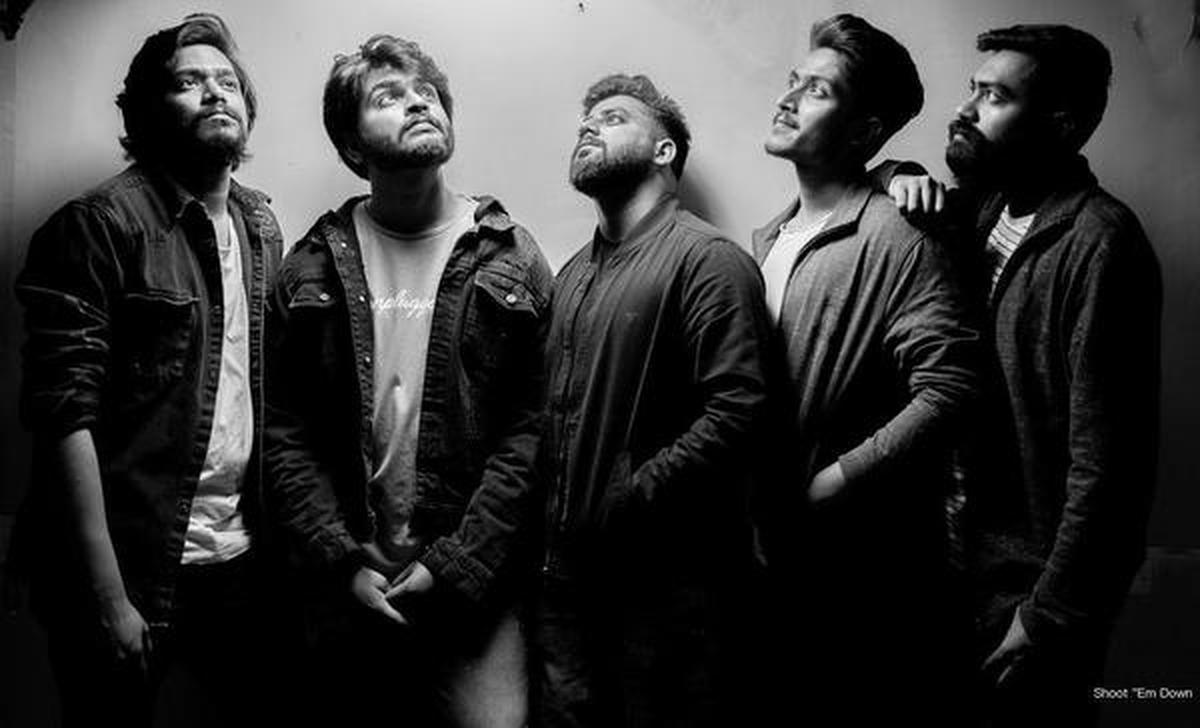 Started in 2016, Capricio is not only one of the oldest bands in Hyderabad but also one of the first to do virtual concerts on its YouTube channel. Also, through the Echoes Project, they created a virtual ‘Saturday Night Experience’ for music lovers. Presently, Capricio comprises Eknath Kiran Goparaju and Ayaan Khan (vocals), Sai Teja (percussions), Shravan Pakalapati (keyboard) and Nishanth Shekar (guitars). “We could survive the first wave in 2020 but the second wave hit us hard. We were doing small intimate shows and our families were worried,” says Sai Teja.

Capricio has restricted its live shows to three (down from its earlier five shows in a week) , with persisting fears of a third wave. On their pandemic lessons, Sai Teja adds, “We realised the power of the digital medium and capitalised on it.” The band has released two singles — Naanake and Sare Chaale . Elyzium was launched with the release of two singles Pretty Ponnu and Prema and they gave a few public performances in early 2021. Dinker says, “ The band’s USP is the unique sound that we create. Performing and releasing original songs is our focus.” This, even as Dinkar lost 19 friends to COVID-19. 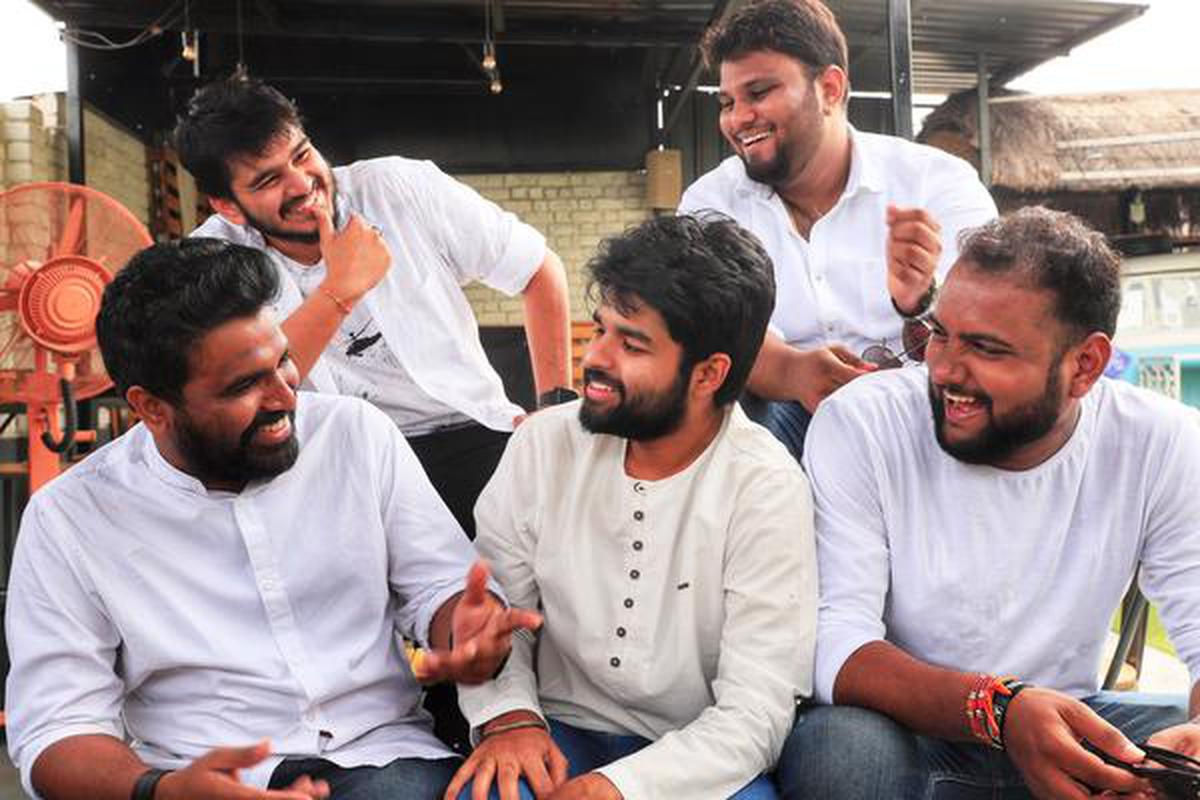 During the first lockdown, they create a Quarantine jam series. “Every week, we would release two/three songs recorded from our homes,” shares Shashank. The series that started in April 2020 had 35 cover songs, mostly Telugu and a few Hindi hits, that helped increase their fan base on social media. Shashank and Naren also compose for musical projects.

The group that performs at The Moonshine Project on weekends and Posh Nosh on weekdays, has released two singles, ‘Valalo’ and ‘Bird’s Eye’, and is working on its new EP. “There are fears of a third wave, but we follow safety protocols. We sit on an elevated stage to perform and maintain a five feet distance from the audience.”

Unlike others who did virtual shows, this group worked on new songs. “We focussed on our music and songs and wanted to be ready with them because tough times do not last forever,” says Akshay, who believes three new songs that are ready to release are proof of the work they put in during the second wave.

The band’s USP has been songs with messages such as the recent Pisinari or Kanche leni desam that hopes to see a world with no borders. Of late, their live gigs have a ‘Go, get the vaccine’ message.

Akshay says that saving for a rainy day has been one stark lesson the pandemic taught musicians dependent on live events. “We also learnt not to get bogged down by the pressure of peoples’ changing tastes and continue creating songs one wants to make. We are trying to strike the right balance.”

Akshay adds, “We are all vaccinated, and we want to spread the word at every show, so that whoever has missed getting being vaccinated, will get vaccinated so everybody is back in the safe zone.”