The duo on reliving the highs and lows of their tennis journey in a docu-series, and why despite their differences, they will always be there for each other

It was the summer of 1999. The nation was submerged in the overwhelming din of the cricket world cup, but two 20-year-olds were patiently scaling hitherto unseen summits in tennis. Leander Paes and Mahesh Bhupathi became the first Indian pair to win a Grand Slam title and for the country’s tennis fans long starved of a hero, they got not one, but two — “Lee-Hesh.” It was a moment enough to move even the most incurable of cynics.

But nothing prepares you for the Everest-today-abyss-tomorrow motif as well as sport does. As quick as a wink, a glorious present and bright future could become a distant past. For the ‘Indian Express’ that went on to lift two more Grand Slam titles, including Wimbledon, there was simmering discontent beneath the winning partnership. Since then, much dirty linen has been washed in public, all leading to an unsavoury divorce. At the speed and venom of a perfect ace, Indian tennis was split wide open.

It is this split between Paes and Bhupathi that seems to be the focus of Break Point, an upcoming docu-series which traces, over seven episodes, the duo’s partnership on and off-court.

But both Paes and Bhupathi disagree. “It’s not just the split but also about inspiring the next generation, and showing them how champions are built. What it means to be number one in a sport at a time when there was no manual on how it could be achieved,” Paes says, joining Bhupathi on a virtual conversation with The Hindu.

Break Point is helmed by husband-wife filmmaker duo Nitish Tiwari and Ashwini Iyer Tiwari, who are co-directing a project for the first time. Bhupathi says the pair was approached on several occasions over the years to tell their story, but it was this director combo that clinched the deal. “It didn’t always come down to the right team, the right narrative or the right platform. But when we heard that Nitish and Ashwini were interested, obviously with their pedigree, it piqued our interest.”

From scripting to release, Break Point took one and a half years to complete. It involved shooting through the pandemic and multiple lockdowns, and a team working inside a strict bubble.

Why a docu-series and not a full-length sports biopic? For Paes, 120 minutes is insufficient to narrate their story of 20 years. “You’ll probably see only one side of it. With Break Point, you’ll see all the highs and lows of our relationship.” Bhupathi believes there is a sort of reality that comes out in a docu-drama. “With us, there has always been this question of ‘what if’ and ‘why’. So we thought it was better to narrate it in first person and clear the air, rather than have someone play us.”

Break Point also features the duo’s families, friends, tennis players and opponents, including Sania Mirza and brothers Bob and Mike Bryan. “Twenty years later, it is so unique to hear their version of our story. It’s not about what’s right or wrong. It’s just about presenting the facts,” Paes adds.

But reliving the entire saga and baring it all was disquieting for Bhupathi. “Talking about the highs was easy. Talking about the lows with several cameras and produsction crew was definitely not ideal for me, but we somehow got it done. Thankfully I had some help at home to deal with all that,” says Bhupathi, who is married to actress and former Miss Universe Lara Dutta.

He balks at the prospect of a biopic in the future.“It took us ten years to get here. Let’s take one step at a time. If there is still buzz around Lee-Hesh, then why not?” Paes on the other hand says he has a lot more to say on his individual journey, his Olympic medal win in 1996, and the relationship with his father Vece Paes, who also won a medal as part of the Indian hockey team at the 1972 Games. “I’m working on a project on those lines…”

The pandemic has spurred the release of several sports docu-dramas that have thrived on streaming platforms. Bhupathi has watched them all: from The Last Dance to The Test. On his list is the recently-released series on his friend and tennis compatriot Mardy Fish, also incidentally titled Untold: Breaking Point. “Yeah, we had a good laugh about that,” Bhupathi chuckles, but quickly turns serious. “The issue about mental health dealt with in that series is so important. I wish we had that kind of help 20 years ago. We had to deal with a whole lot [of it] all by ourselves. I am jealous of the kids today.” 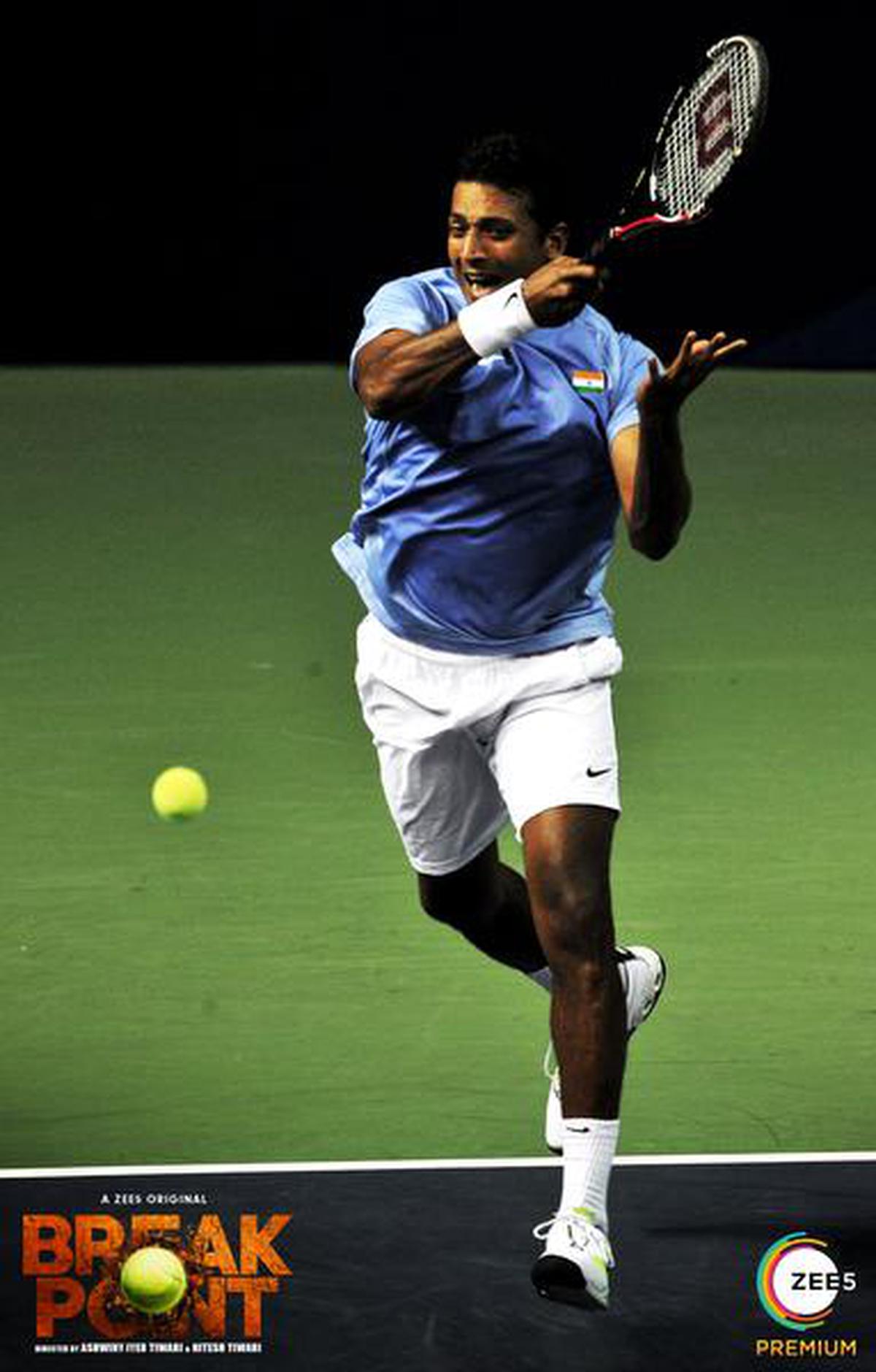 Paes and Bhupathi last played together more than a decade ago. But they have grown closer in the process of making Break Point. “We really didn’t have a proper conversation after 2011. Now we’ve been speaking more frequently, working on this project so intimately and passionately. The bond between us has rejuvenated and hopefully we can keep it going,” Bhupathi says.

Paes says he shares a true brotherhood with Bhupathi. “We will have our differences, but we will always be close. I know that if I ever need Mahesh, he’s going to be there, and vice-versa. If you put us on a tennis court today, there will be magic.”

Break Point will stream on Zee5 from October 1