The actor talks about rekindling Dexter Morgan’s journey, why the finale of the original series in 2013 faced criticism, and the ethics behind playing such a controversial character

After all these years, Michael C. Hall is back again in the role that made him a global phenomenon.

The 50-year-old reprises his iconic character of Dexter Morgan — for which he won a Golden Globe and Screen Actors Guild Award — in the new series Dexter: New Blood, that follows the journey of everybody’s favourite serial killer, a decade after he went missing in the eye of Hurricane Laura.

In New Blood, Dexter is now living under an assumed name in the fictional small town of Iron Lake, New York. But in the wake of unexpected events in this close-knit community, his Dark Passenger inevitably beckons.

Michael, who is also currently the lead vocalist in the band Princess Goes to the Butterfly Museum, is excited to be back — and he returns with Jennifer Carpenter as Dexter’s sister Deb in a new iteration and Jack Alcott starring as Dexter’s teenage son Harrison. With Clyde Phillips also back as showrunner of the new series, expectations are at an all-time high.

Excerpts from an interview with the actor:

How did you decide that the time was right for Dexter to return?

I think there’s been enough time for the show’s reappearance to be somewhat of a surprise, but hopefully not so much time has passed that we can’t take advantage of the pre-existing audience along with attracting some new people to the show. It was very gratifying to go back and revisit the character, and certain storytelling opportunities have emerged now, particularly having to do with Dexter’s son having reached a certain age.

A still from the show

It was also really nice to be in an environment that was contextually so different, even antithetical to what we were accustomed to. It helped to reinforce the change that’s internally been happening with the character, and the time that’s passed.

Despite the fact that he’s doing it under an assumed name — and pretending to be someone he’s not — Dexter is at the same time making as legitimate an attempt as he’s ever made to be a normal person, to have real relationships, and have a life that that is as full as he can manage while being abstinent.

A lot of fans are most excited about Dexter’s son Harrison, reuniting with him on the show. Jack Alcott, who plays Harrison, is one of Hollywood’s most exciting young talents. What was the equation between both of you on set?

You know, it’s a wild thing we do as actors, jumping into something with relative strangers and endowing them with whatever is required. I was just thankful that Jack is someone who is incredibly talented and has fantastic instincts. I feel like he’s someone who I can believe is Rita and Dexter’s child. A lot of the experience or the chemistry that exists between us — or existed on set — was all intuitive and unspoken. I was just glad to be sharing those scenes with an actor who was so good.

Did you receive a lot of negative feedback after how the original series ended in 2013?

Nah, everybody seemed to love it! Just kidding. (laughs)

Yeah, I think the finale was at best, mystifying to people, if not confounding or infuriating. We didn’t hear from Dexter at the end, he didn’t say anything we’d been accustomed to hearing from him, and he didn’t let us in on what the hell was happening with him.

He just disappeared, grew a beard and started chopping down trees. That was pretty dissatisfying for people, especially in an environment that’s grown accustomed to really leaning forward into endings and being satisfied by them. So yeah, I get it. But it certainly set the stage for a return, where we could more definitively answer the question of what ultimately happened, or happens to Dexter.

How does one prepare to get back into the shoes of an already-established character after a decade has passed?

All the preparation I’d done, and all the time I’d spent playing the character for the time during the series proper… was preparation for this. Ever since the show ended, I knew that there was at least a possibility of a return. So maybe, somewhere inside me, he was still… cooking. 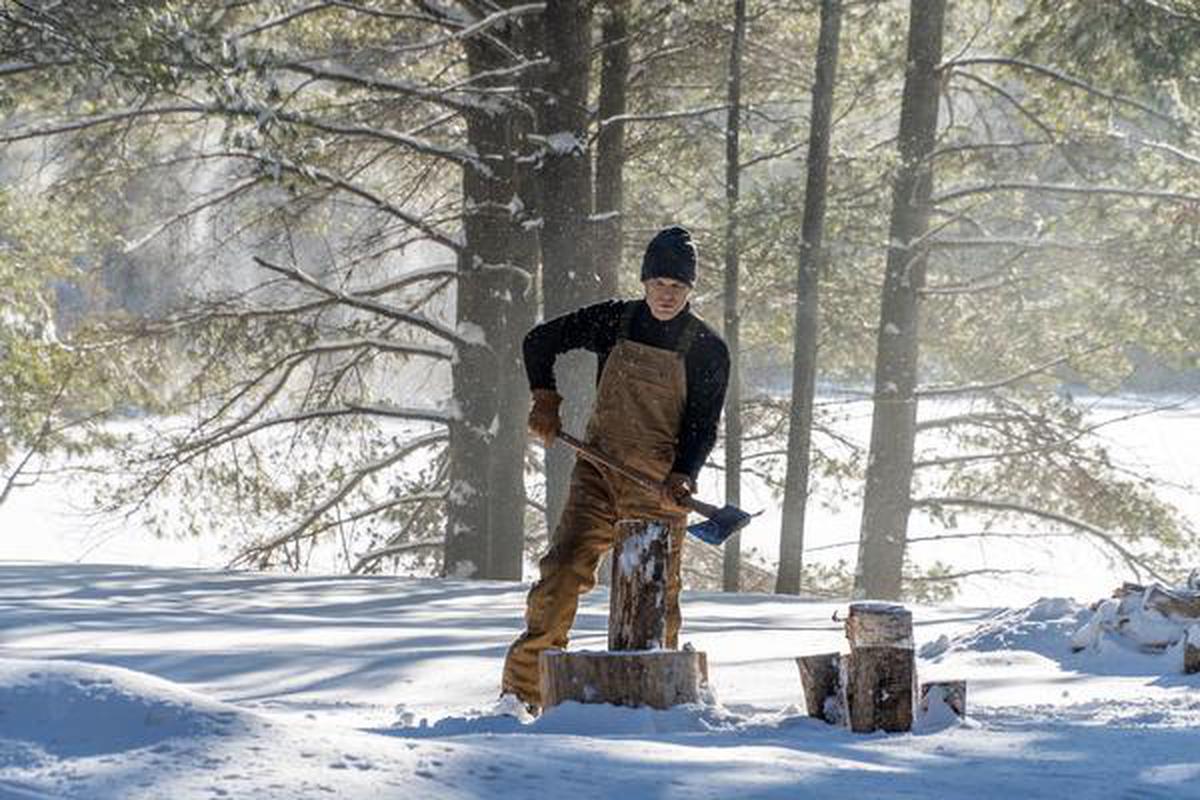 Michael: “After all this time, I still felt an intuitive sense of who and how Dexter was.”

A part of the preparation was also just investing in this new story we were telling. But ultimately I had to show up on set and just jump back in. And when I did, I discovered that Dexter didn’t feel like a stranger to me. After all this time, I still felt an intuitive sense of who and how he was. To consider all the time that’s passed, and the fact that we don’t hear every nook and cranny of the details between then and now when we rejoin him; that was a fun, imaginative leap to make.

The opening sequence for the show, where you have Iggy Pop’s The Passenger as the score… in a way, it alludes to the fact that you worked with David Bowie towards the end of his life (Michael played the lead in Bowie’s musical Lazarus). What do you remember about that experience?

The use of The Passenger was originally something that Scott Reynolds (executive producer) suggested. And of course, Dexter has his dark past and it felt right. So any serendipity there, it was not my doing. But working with Bowie was not just a highlight of just my career, but my life. Being charged with embodying that character, and a production that was a part of the final artistic flourish of his life was humbling, and really incredible. It led to me pursuing music, more in earnest, than I might not might otherwise be.

He’s one of the seminal artists of the last century, and was also just such an incredibly kind and genuinely enthusiastic person.

Finally, in terms of ethics, what were your thoughts on revisiting the character of Dexter?

I have never imagined the show to be one that advocated the serial killer life. It certainly depicted someone who was taking responsibility in his very outside-the-box sense of ethics for his overwhelming darker impulses and all that. But one of the things that Dexter is in the process of discovering as we rejoin him, is that you cannot run away from your past.

His appetite for having a more authentic human experience of life is nice and everything, but that’s not something that really goes hand in hand with killing people. He came to believe that at the end of the original series, and is, in a way, performing some sense of protracted penance.

So, yeah, the ethics of the show, I don’t want to speak too definitively about that, because I feel like that’s a part of what makes the experience of watching it interesting. But it’s definitely something that I thought about, and that component of the show is on different grounds this time around.