Taapsee Pannu just can’t seem to get enough of carrying this piece of clothing on all her international trips and TBH, we are loving every bit of it. The actress has been serving perfect saree-torial (pun intended) looks in her recent vacations. The reason we brought this up today is because the actress is currently in London and for her day out, she picked a simple cream saree, which she paired with a powder blue woolen blouse. She had her hair styled in a ponytail and looked stunning as ever. “Time to head back….. until next time…. #ByeLondon,” she captioned her picture.

This is the pictures Taapsee Pannu posted from London:

Here are some more pictures: 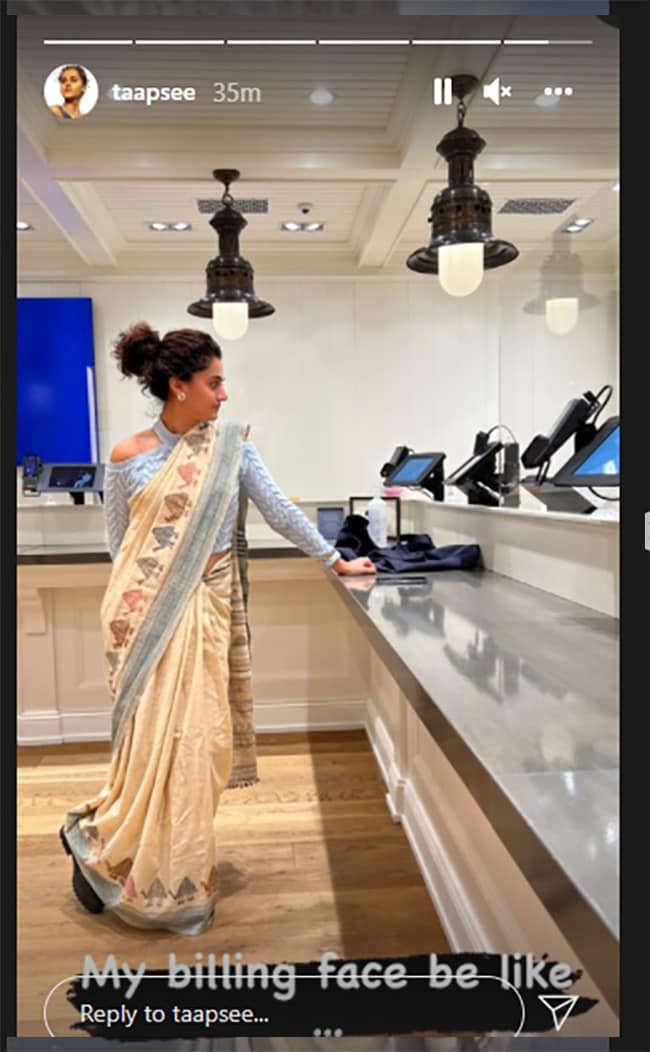 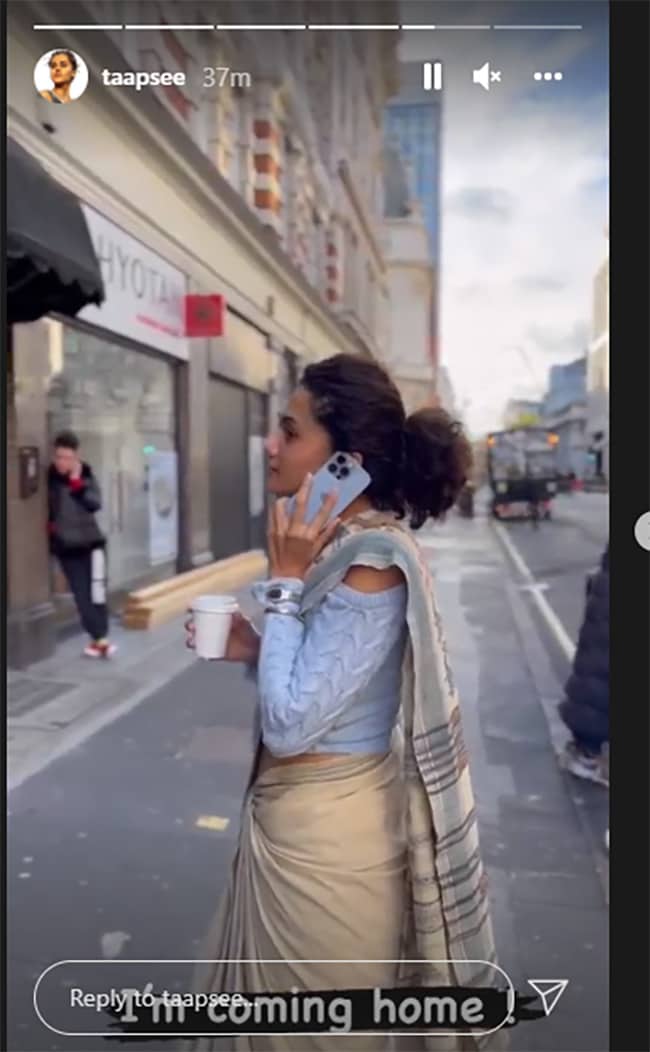 During her Moscow trip, Taapsee Pannu wore this:

Taapsee Pannu’s fans will get to see a lot more of her as she has a busy schedule ahead, with back-to-back projects lined-up. She will be seen in Aakash Bhatia’s Looop Lapeta and Shabaash Mithu. Looop Lapeta, which will also feature Tahir Raj Bhasin, is the Hindi adaptation of the 1998 German hit Run Lola Run while Shabaash Mithu is based on the life of Indian women’s cricket team captain Mithali Raj.

This year, the actress was seen in Vinil Mathew’s Haseen Dillruba, starring Vikrant Massey and Rashmi Rocket., in which she played the role of an athlete.

Taapsee Pannu has starred in films like Game Over, Badla, Saand Ki Aankh and Mission Mangal. The actress is best-known for her performances in critically acclaimed as well as hit films like Pink, Naam Shabana, Soorma, Mulk and Manmarziyaan and Thappad.