With his 10-episode podcast, Marine Lines, journalist-writer Raghu Karnad aims to build a connect with urban dwellers and the environment, and hopes to scale up to other cities

Raghu Karnad fondly recalls how, out of the blue, he and a friend chanced upon dolphins off the Bandra Bandstand rocks. “It struck me suddenly that we in Mumbai see the sea as scenery, as a backdrop, and not as a living world filled with creatures that are our neighbours,” says the writer-journalist, adding, “We can’t look too deep, but it’s amazing how much life is ready to meet us on the coastline.”

This sense of wonder was one of the starting points of Marine Lines, a 10-part podcast that Karnad (who won the 2019 Windham-Campbell Prize in the non-fiction category) is hosting. Produced by Ministry of Mumbai’s Magic and DeadAnt Studios, it explores “Mumbai’s hidden worlds, from the suburbs to the sea”.

The conversations cover specific spaces (like the Sanjay Gandhi National Park), the creatures that inhabit them (everything from leopards to sea slugs), as well as broader topics like urban consumption patterns and sustainability. They seek to introduce listeners to ecosystems they may not have given a second thought to. “The podcast was pitched to me by the producers who wanted to explore Mumbai’s natural spaces and ecosystems, and I leapt at the idea,” says Karnad over the phone, adding that they recorded most of the episodes during the second wave, in April. “One of the things that I felt deprived of during that time, psychologically, was access to public, shared spaces. So the opportunity to have these conversations, to imagine I’m there with experts who’ve spent a lot of time documenting these areas, appealed to me,” he says.

The magic of the ordinary

Karnad’s guests not only document their own experiences with the natural world, but also point out the various ways in which the lives of entire communities intersect with environmental issues. For example, Surve’s podcast mentions his brief encounter with a young Warli girl living in the Sanjay Gandhi National Park, who was nonplussed at seeing a leopard pass by. “I had so many emotions running through me, but she was so casual. She said that leopards often walk past their home, and the next morning we discovered that there’s even a local deity, Waghoba (in Marathi, ‘wagh’ covers both tigers and leopards). For them, the leopard isn’t something out of the ordinary,” he said.

Similarly, Dia Mirza’s episode highlighted the various out-of-the-ordinary wildlife sightings during the global lockdown in 2020: a direct result of drastically reduced human activity. “The puma sightings in Chile, the jackals in Tel Aviv, the dolphins spotted in Italian waters and, of course, right here at Marine Drive,” she said. 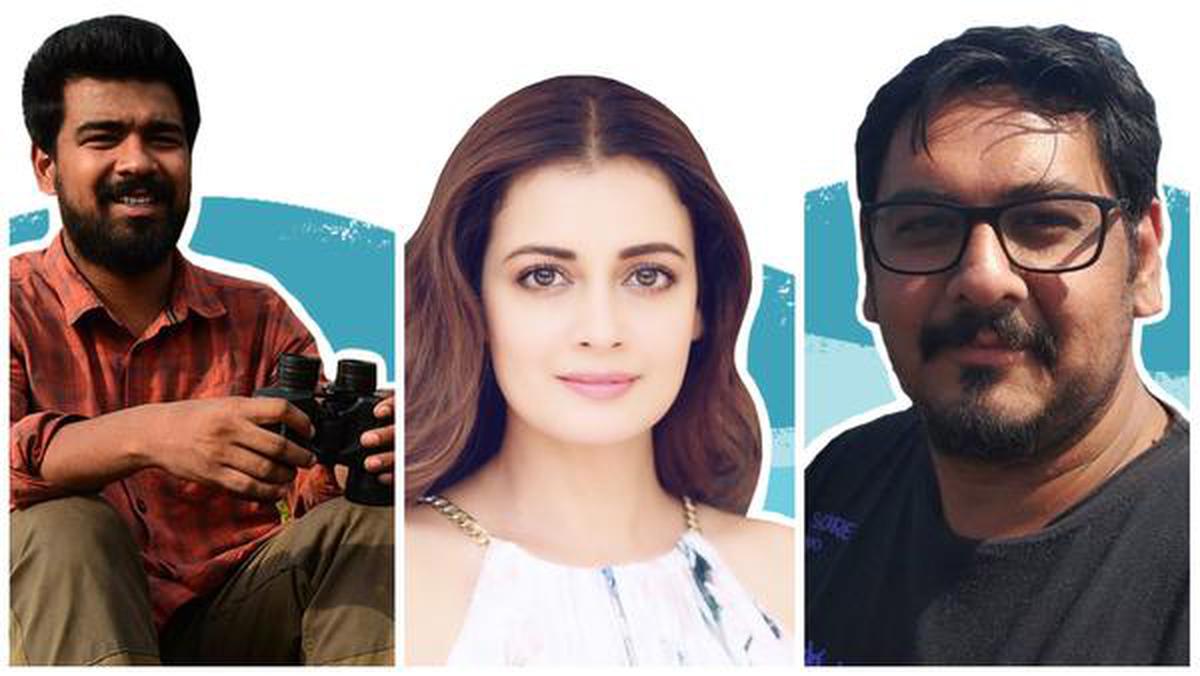 Making space for the wild

How does one convince the average urban-dweller to think a little bit more about the environment, especially spaces in their immediate proximity? That’s the problem Marine Lines wants to tackle. It is as much of an outreach issue as a scientific one, which is where the podcast can be a great resource: the conversations are accessible and broad-ranging, yet rooted in distinctive spaces. The host comes across not as an expert, but as someone learning with the audience.

Karnad says, “Shaunak Modi had this great line in the first episode — ‘you don’t protect what you don’t love and you can’t love what you don’t know exists’. It made such an impression on me and the producers, and we treated it like our motto for the remaining nine episodes. It captures much of our problems and what we’re trying to do with this podcast.”

Although this batch of 10 episodes is Mumbai-centric, Karnad, who grew up in Bengaluru, hopes to host similar conversations for other cities. “I’d love to be able to do them for Delhi — it has The Ridge [in the Northern Aravalli leopard wildlife corridor], rivers, and more green spaces than Mumbai,” concludes the host, whose next episode with Ganesh Nakhawa, chairman of the Purse Seine Fishing Welfare Association, drops on July 30.

Marine Lines is available on Spotify, Gaana, Hubhopper and Audible.